Since the Affordable Care Act created a specific window in which Americans can sign up for health insurance for the year, Open Enrollment has become one of the most important time periods in the U.S. insurance agency. If you’re thinking of becoming a health insurance agent, one of the best times to get your foot in the door by being hired at an agency or opening up your own office is during this period, when millions and millions of Americans are rushing to renew their plans or sign up for health coverage for the first time. 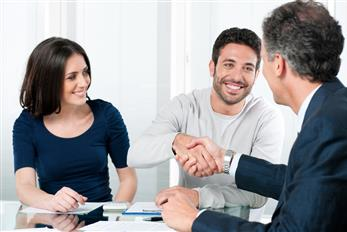 What Is Open Enrollment?

Open Enrollment is the name for the period every year where, under the Affordable Care Act, Americans are allowed to enroll in a health insurance plan for the next calendar year. Before the passage of the ACA under the Obama administration, most Americans could choose to enroll themselves in a health insurance plan throughout the year, and often did so, through their work or independently. One of the many changes that came with the new healthcare legislation, however, was the imposition of a limited time frame during which most Americans could purchase health insurance coverage for the following year, with limited exceptions for “qualifying life events” that changed a person’s insurance eligibility status.

The exact dates for Open Enrollment can change each year, but, in general, the period for signing up for insurance under the Affordable Care Act begins in the last few months of the year. The 2016 Open Enrollment period begins November 1st, 2015 and ends January 31st, 2016.

As is probably obvious, Open Enrollment is the busiest part of any health insurance agency’s work year. When an industry is largely restricted from signing up new clients outside of a certain time period, the small window of time every year in which they are allowed to sell new health insurance policies is sure to be a flurry of activity. It’s also the best time to be hired as a new insurance agent, or to enter the industry as an independent agent.

America’s Professor offers convenient, online insurance pre-licensing courses for a large selection of states in the U.S. To learn more about our teaching methods, our guarantee of satisfaction, and more, contact us today at 800-870-3130.

0
0
We use cookies to ensure that we give you the best experience on our website. Continued use of this site indicates that you accept this policy. Read more. Accept
wpDiscuz