Insurance is a risky business, and there comes a time when every insurance company ends up making a big payout. Some big payouts, however, are bigger than others. Much, much bigger.

Anyone who’s lived in a place with snowy climates knows that hidden ice can be a serious hazard, one that causes multiple slip and fall injuries every year. One of the unfortunate people who suffered one of these snow-related injuries in 2012 ended up the beneficiary of one of the largest insurance payouts for a personal injury ever, taking home $7.75 million from his landlord’s insurance company.

Before you start thinking the guy lucked out, however, keep in mind the extent of his injuries: because his landlord failed clean up any of the ice and snow on the property’s walkways (as required by law), the tenant suffered a fall in which he broke several bones and developed serious medical complications that nearly led to his leg being amputated. 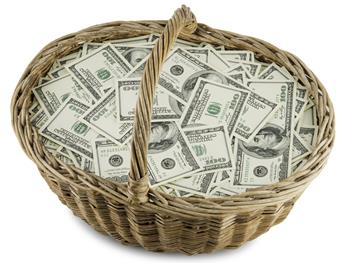 The tsunami that devastated coastal areas in Japan and other Asian countries was one of the most stunning natural disasters in recent memory, and the harm it did went beyond the tragic loss of life and property. Because of the widespread devastation caused by the earthquake and the following tidal waves, 2011 was the worst year ever for insurance losses. The total cost of catastrophe-related economic losses that year? $108 billion.

In 1799, the German city of Hamburg was in serious trouble. In order to stave off a total stock market collapse, the 32-gun British naval ship HMS Lutine was loaded with gold and silver, and sent on its way to deliver financial aid to the ailing city. Unfortunately, the ship was hit by a storm while at sea, and smashed into the sandbanks along the Dutch coast; all but one of the 240 passengers and crew, along with the gold and silver, were lost in the disaster.

The good news for the ship’s owners was that the voyage had been insured. This was less than good news for the historic insurance company Lloyd’s of London, which had to pay out on a policy covering enough gold and silver to rescue a bustling financial center.

Like the 2011 Japanese tsunami, Hurricane Katrina was a disaster of enormous scale that caused widespread damage to property and human life. When the financial cost to people living in the storm’s path was finally tabulated, it was determined that insurance payouts for property damage due to Hurricane Katrina had reached a jaw-dropping $130 billion, not to mention the thousands of lost lives and even more people who were left homeless.

On January 9th, 1912, a representative of the brokerage company Willis Faber & Co. approached Lloyd’s insurance company about underwriting two of the White Star Line’s new cruise ships: The Olympic and The Titanic. While covering cruise liners was considered a risky venture, the opportunity to insure the two historically large vessels was too much for Lloyd’s to pass up, and multiple syndicates for the company across Britain signed on to the plan.

After The Titanic sank on April 14th of that year, Lloyd’s found itself hit with a bill for £1 million – the equivalent of £95 million today. To Lloyd’s credit, the company paid out in full within 30 days.