According to “Net Losses: Estimating the Global Cost of Cybercrime,” a 2014 study conducted for the Center for Strategic and International Studies by the cybersecurity firm McAfee, cybercrime costs the global economy somewhere around $445 billion per year. As businesses become aware of the very real danger presented by hackers and cybercrime rings, more and more of them are also becoming aware of cybersecurity insurance, which protects policy holders from the financial damage caused by cyberattacks. Cybersecurity insurance has been around for more than ten years, but it is only in the last few years that it has become widely known. 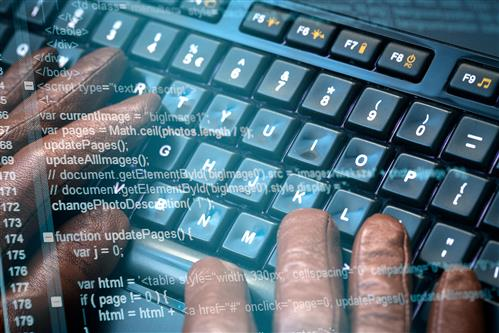 If you’ve followed the news from the last few years, then you know that cyberattacks are a very real threat to businesses and other organizations. In just a few years’ time, major organizations such as Target, the federal government’s Office of Personnel Management, and the insurance company BlueCross BlueShield have all been the victims of massive data breaches caused by malicious hacking. In each case, consumers’ confidential personal, financial, and medical information was stolen. In addition to the potential damages to consumers’ whose information was stolen, these hacks also cost the organizations that fell victim to them large amounts of money.

Large organizations such as Target and BlueCross Blue Shield aren’t the only businesses that are targeted by cybercriminals, either. Less publicized than the gigantic data breaches mentioned above are the many attacks that happen to smaller businesses. Just this year, 14 hospitals in three states and the District of Columbia fell victim to a ransomware attack. When hospital personnel tried to open important patient records, they were greeted with a message ordering them to pay a ransom if they wanted to be able to open the files again. These attacks threw the hospitals’ internal operations into chaos, and, in some cases, forced them to turn away patients who were seeking care.

How Big Is the Cyber Insurance Market?

As cyberattacks like these become more commonplace, more and more businesses are learning about cybersecurity insurance and how it can protect their business in the event they are targeted by hackers and cyber criminals.

According to a network security and privacy practice leader for the insurance company Marsh & McLennan, which sells cybersecurity insurance, sales of this type of coverage grew astronomically in the last few years. In 2013, the company’s sales of cybersecurity insurance policies grew by 21%. In the first half of 2014, sales were double what they had been during the same period the year before.

In other words, cybersecurity insurance is becoming an increasingly important part of the global insurance market. In 2014, the value of cyber insurance sales were estimated at between $1 billion and $2 billion. In the next few years, that number is expected to grow exponentially.

As cyberattacks become more common, and as businesses seek financial protection from the fallout that those attacks cause, cybersecurity insurance may become just as much a staple of the insurance industry as policies for home and car owners.