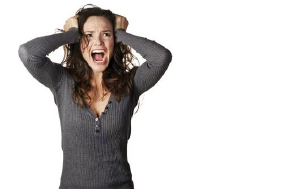 At the end of the day, insurance agents are salespeople. If they’re not making sales, they’re not earning the money they could be, and they’re not doing their job. Which isn’t to say that being in a slow period means that an insurance agent is a failure. Every salesperson has ups and downs in the number of deals they close, and every product has its slow periods. That doesn’t make struggling to produce any less frustrating, though. If you’re not careful, that frustration can throw you off your game, making it even harder to close sales.

Agents who work for an agency feel the pressure to produce even more acutely. For them, the pressure from their supervisors isn’t just to make sales, but to make the biggest sales. Competition between agents can inspire better performance in everyone, but it can also be a strain on confidence when you’re already struggling to meet your quotas. 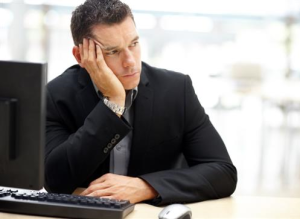 Being Cut Out of the Sales Process

As with most industries, the internet has been a mixed blessing for insurance agents. On the one hand, it’s provided a new and effective channel for them to find and connect with consumers, and has made the process of selling insurance much faster. On the other, many insurance companies have begun using the internet to sell coverage directly to customers, cutting insurance agents out of the process. Insurance agents already have to work hard to make sales, and losing the backing of the providers themselves certainly doesn’t make the process any easier. A good insurance agent can still convince customers of the benefits of working with an agent (namely that an insurance agent can provide valuable insight and advice that consumers aren’t likely to get from the providers themselves. Still, the feeling that you are being phased out of your own industry isn’t exactly a confidence booster.

While these frustrations are all very real and can be very stressful, they aren’t insurmountable, either. At the end of the day, there will always be people who need insurance. As long as you put the work in to find them, you can succeed as an insurance agent.